Geards are the state’s top owners 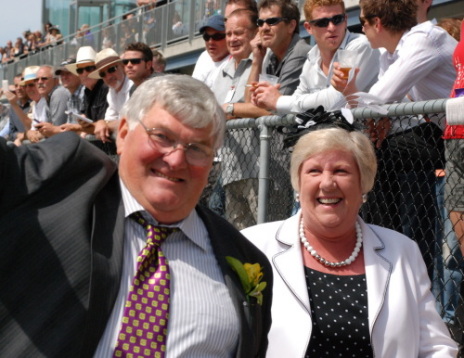 Paul and Elizabeth Geard celebrated one of their best seasons as owners with 33 of their horses making it into the winner’s circle that subsequently earned them the bragging rights as Tasmania’s leading thoroughbred owners.

The Geards were presented with the leading owners prize at the Tasmanian Thoroughbred Awards night at Tattersall’s Park in Hobart last Friday night.

Of their 33 winners Geegees Blackflash was the most dominant winning five of which three were at weight-for-age and he also won the Newmarket Handicap and the Group 3 AAMI Hobart Cup for Brighton trainer John Luttrell.

The Geards have invested heavily in the Tasmanian thoroughbred industry and they are starting to reap the rewards from their investment.