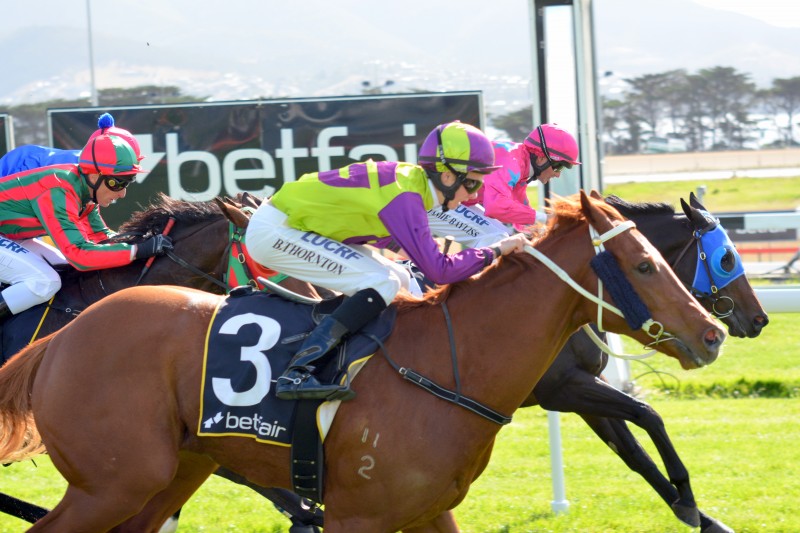 TASMANIA has produced some handy two-year-olds this season including Gee Gee Red Prince that kept his unbeaten record intact when he powered home to win Gee Gee Horse Stud 2YO Handicap over 1000 metres at Tattersall’s Park in Hobart.

Gee Gee Red Prince had only been to the races once before for an impressive win in Launceston defeating The Master Speed in what was an awesome effort.

But this latest win was even more impressive and one that had his trainer Stuart Gandy quite excited.

The gelding was ridden by in-form apprentice Boris Thornton who had the gelded son of Wordsmith settled fourth in the one-out line with cover to the home turn.

When the leader Naadam kicked clear the Gary White-trained gelded son of Written Tycoon was being hailed the winner but when Thornton called on his charge for the big effort he lengthened stride and grabbed Naadam in the shadows of the post.

Listen to what Stuart Gandy told tasracing.com.au’s Peter Staples after the race.