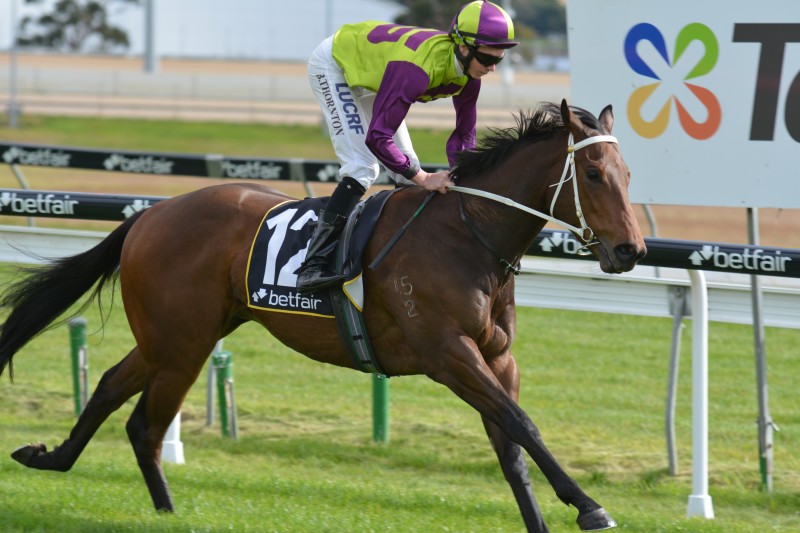 BRIGHTON  trainer Stuart Gandy has produced some nice two-year-olds this season but it appears he has saved his best for last given the way Gee Gees Jet toyed with his rivals to win a 2YO and Upwards Maiden Plate over 1100 metres at Tattersall’s Park in Hobart today.

With apprentice Boris Thornton aboard, Gee Gees Jet ( Wordsmith-Pretty Jessica) was allowed to sit outside of th4e leader but when Thornton gave the two-year-old a bit more rein burst clear and went on to score by almost four lengths from the favourite Because ($$1.65) with La Niella over three lengths away third.

It is not uncommon for two-year-olds to be racing against the older and more experienced horses at this time of the season but this gelding’s effort was simply awesome.

Gandy presented the gelding in the $100,000 Elwick Stakes on debut in February after which he went shin sore so he was tipped out for a short spell and resumed today.