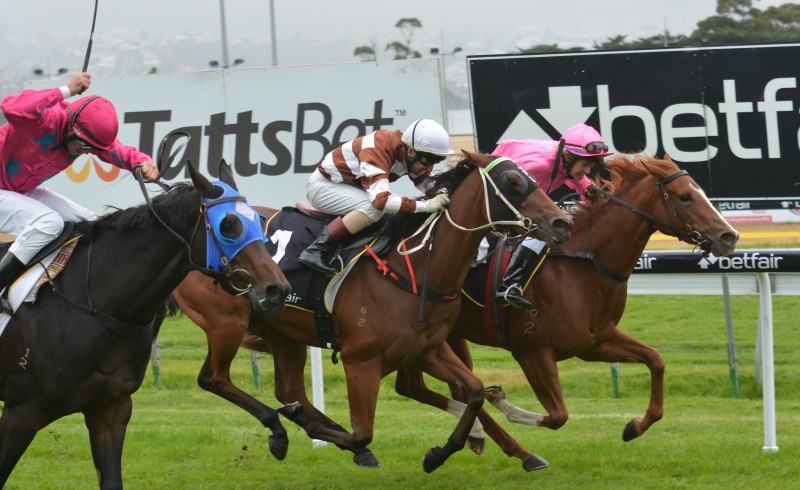 BRIGHTON trainer John Luttrell has always had an opinion of his two-year-old filly Gee Gees Vicki and at Tattersall’s Park in Hobart yesterday she finally delivered the goods.

Gee Gees Vicki was having her fifth start with two minor placings to her credit enough to warrant her starting favourite.

With Rhonda Mangan in the saddle the Wordsmith filly settled in the lead from gate one but she was pressured to the home turn by her stablemate Bushranger Boy and the well-tried Wall Street Vixen.

Gee Gees Vicki ($2.10) kept finding in the home straight and she had just enough in reserve to hold out the fast-finishing Naadam ($14.40) to score by a nose with Bushranger Boy ($4.30) a close-up third.

Luttrell was delighted with the win and said it justified his opinion of the filly.

Listen to what trainer John Luttrell had to say about Gee Gees Vicki’s win.