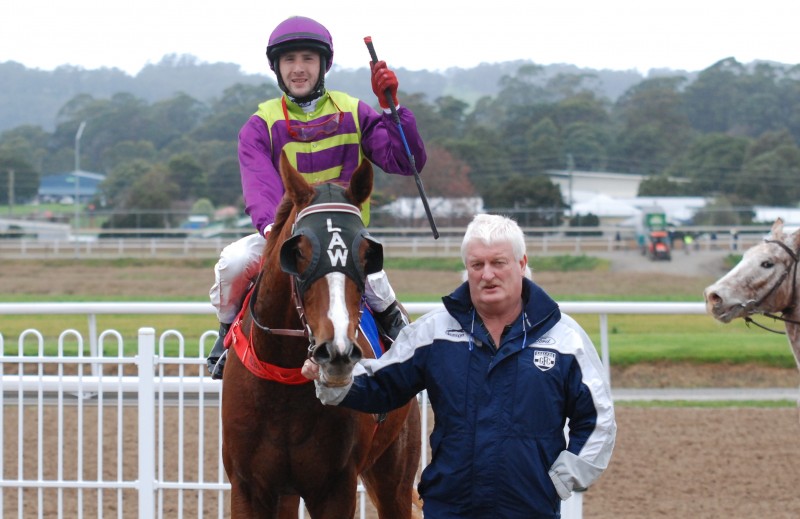 WELL bred two-year-old Geegees Baritone delivered on a promise when he powered home to break his maiden status over 900 metres at Devonport today.

Geegees Baritone (Wordsmith-Opera Star) began well from a good gate (6) to settled midfield while the well-backed King of Devonshire and The Candyman Can vied for the lead to the home turn.

King of Devonshire (Mick Guthrie) kicked clear at the top of the home straight but when Muchu called on his charge to extend along the rail the gelding knuckled down to his task and went on to score two length from King of Devonshire with Little May hanging on for third a length astern.

After the win, trainer Leon Wells was keen to talk up the prospects of the gelded son of Wordsmith.

“This is a very smart horse with a big future,” Wells said.

“It’s not easy for a two-year-old to win against older and more experienced horses but he did it today to show his ability.”

“Unfortunately we don’t have many options to go to with him now so we might have to tip him out when realistically it would be better to give him one or two more runs before he heads to the paddock but I’m not a fan of keeping these young horses racing against the older and more experienced ones.”

“We used to have early three-year-old races such as 3YO class ones that these sorts of horses could go to once they won their maiden late in the season so maybe that’s something the authorities can look at in the future,” he said.