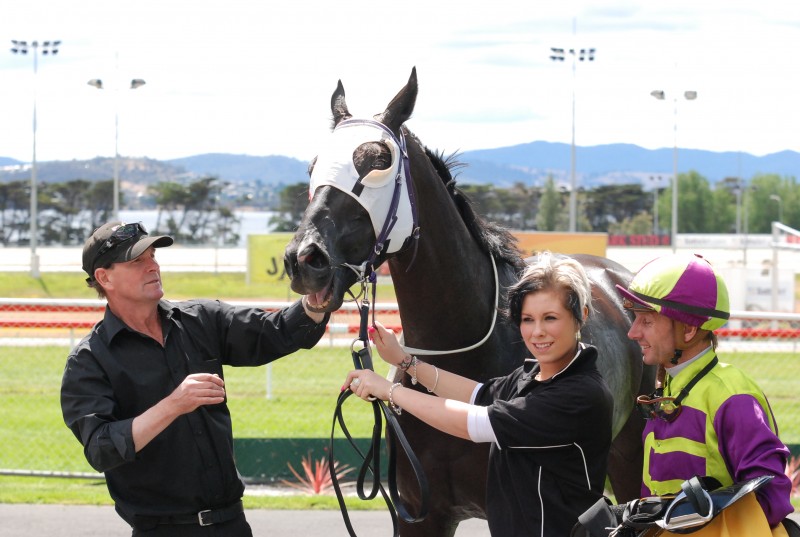 STAR Tasmanian stayer Geegees Blackflash confirmed he is still on target to defend the AAMI Hobart crown he assumed last year with a decisive win in the Robert Ferguson Jockey Club Cup over 2200 metres at Tattersall’s Park today.

Geegees Blackflash was having his sixth start this preparation and after his fourth at his most recent outing his followers were getting ready to jump of the band wagon.

But in a small field of five rider Peter Mertens was able to settle the John Luttrell-trained gelding off the pace and near last.

The pace was set by Success Dostta that led clearly until joined by Dream Pedlar 1200 metres from home while Fieldmaster settled third with Geegees Blackflash and Apache Son were content to settle at the rear.

Dream Pedlar put it to Success Dostta at the top of the straight and Fieldmaster loomed to threaten but when Mertens released the brakes on his charge the champ quickly hauled in the leaders and went on to win comfortably from Fieldmaster and Dream Pedlar.

It was Geegees Blackflash’s second win this preparation but clearly his most convincing.