Geegees Doublejay has form on board to win 3YO handicap 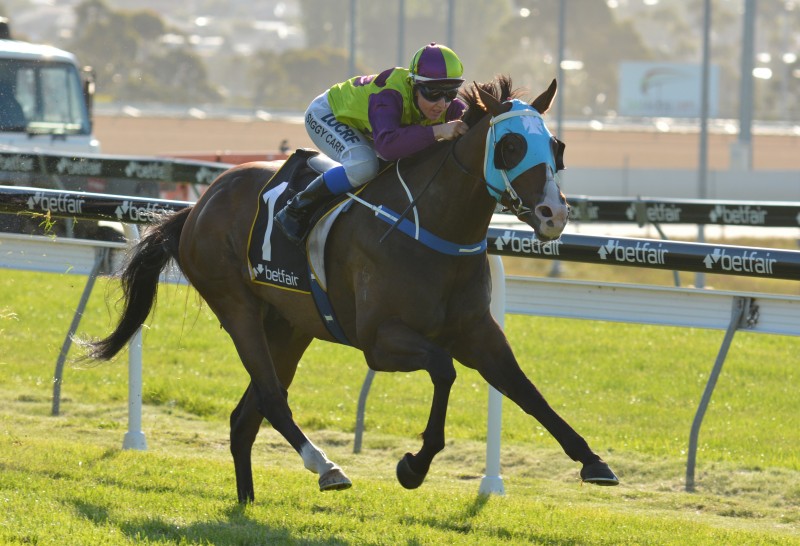 THE outcome of the St Virgil’s College 3YO Handicap at Tattersall’s Park in Hobart today should be reveal the likely favourite for the upcoming $40,000 Autumn 3YO Classic to be run in Launceston next month.

The Stuart Gandy-trained Geegees Doublejay has competed against the best this preparation and warrants being given top weight of 60.5 kilograms and the role of favourite ($1.80).

from 15 starts with five of his wins on the Elwick track.

His most recent effort was in Launceston where he proved too good for open class horses including Bundaleda that won an open handicap at Spreyton Park last Monday.

Geegees Doublejay gets into today’s race with a relative light weight of 56.5 kg courtesy of a four-kilogram claim for Hong Kong apprentice Victor Wong who has partnered the horse to victory at his past two outings.

“The horse is in great shape and he only needs to bring his form from his last start to the races to be very hard to beat,” Gandy said.

“The four kilogram claim for Victor (Wong) gets him into the race with a winnable weight and even though two of his main rivals have three kilogram claimers on, my horse has been winning against older and more experienced horses,” he said.

While Geegees Doublejay is well in at the weights, the opposition today boasts an array of talent with three last-start winners and the other two were each placed against strong opposition.

Silver Bolt from the Adam Trinder stable has started only once this time in for an impressive win in Hobart two weeks ago and based on his time for the 1100-metre trip (1.06.54) he will be competitive with three kilograms off his back courtesy of in-form apprentice Boris Thornton in the saddle.

Manchero has won his past two and both were over the 1100-metre trip on the Hobart circuit and three kilogram-claiming apprentice Kyle Maskiell retains the ride.

Sir Marmaduke has only started once for an impressive win in Launceston and while he lacks experience the Paul Maher-trained gelding has been working well at Brighton and must be respected.

Little Mocha and Our Lucky Girl were both placed at their most recent outings.