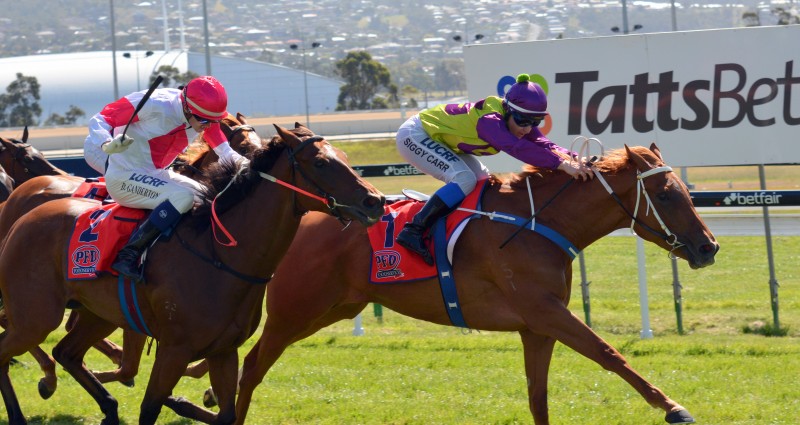 AFTER demolishing a star-studded field of three-year-old fillies in the $100,000 Listed Strutt Stakes on Hobart Cup day Geegees Goldengirl only needs to take that form to Launceston on Sunday to win the PFD Food Services Tasmanian Oaks.

Geegees Goldengirl showed she had the ability to run a strong 2100 metres when she flashed home to lace against the boys in the Hobart Guineas but she stamped herself as a genuine 2100-metre horse with her Strutt Stakes win.

Her trainer Stuart Gandy says the filly has done extremely well since the Strutt Stakes win and that he’s expecting her to be very hard to beat in the Oaks.

Geegees Goldengirl will meet close to the same field that she encountered in the Strutt Stakes with the exception of the David Hayes and Tom Dabernig-trained filly Cashla Bay that comes off a last-start fourth at Sandown in Melbourne where she finished 2.85 lengths from the winner Minnesinger.

Listen to what trainer Stuart Gandy had to say about Geegees Goldengirl.