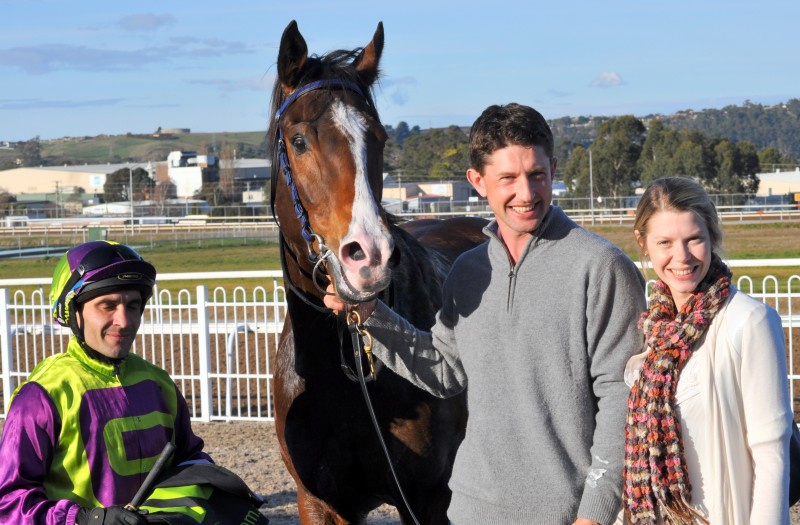 ONE of last season’s better performed two-year-olds Geegees Doublejay made a bold statement when he returned to racing with an emphatic win on the Tapeta synthetic at Devonport on Sunday.

The Stuart Gandy-trained three-year-old was forced to work hard early from a wide gate to find the lead but when jokey David Pires called on he gelded son of Wordsmith at the top of the home straight he powered clear of a star-studded line-up to win comfortably.

Geegees Doublejay had the audacity to extend his lead in he home stretch to defeat Royal Beluga by four lengths wit Gotta Have Faith doing his best work over the concluding stages to finish third.

Jockey David Pires was impressed with the gelding and predicts a big season for the gelding.

Listen to what jockey David Pires had to say about Geegees Doublejay’s first-up win.