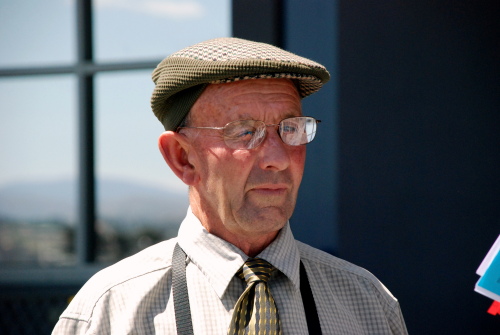 BROADMARSH trainer Walter McShane has always believed his injury-plagued stayer Geejayhaitch was the best horse he has trained since Bastille Beggar took him on a ride of a lifetime in the 1970s.

At Sandown today McShane saddle up Geejayhaitch in a 3100-metre handicap on a seven-event card and the gelding did exactly what his trainer expected.

Geejayhaitch was allowed to settle in fourth spot by jockey Glen Boss while Bratton set a sizzling pace and opened up a 10-length lead by midrace.

Boss allowed his charge to creep into the race and when he called on the son of Matsqui to extend the horse quickly hauled in the leader and went on to score comfortably over Bratton with Solar Reef a distant third.

The seven-year-old relished the heavy 10 conditions and McShane was full of praise for his gallant gelding that has recovered from injuries that usually end a horse’s racing career.

It was Geejayhaitch’s first win since he scored over 2200m at Devonport in November 2008.

Listen to what trainer Walter McShane and jockey Glen Boss had to say to TVN presenter Bruce Clark after the race – click here .