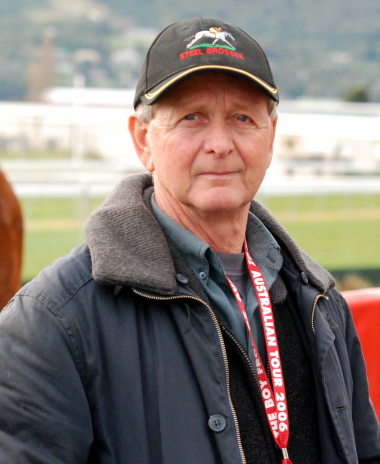 SPREYTON trainer Mark Ganderton has longed to win his home town cup at Devonport and after yesterday’s meeting at Tapeta Park he will take two live chances into the $100,000 race over 1800m in a fortnight.

Ganderton’s talented five-year-old Catwen Boy is already qualified for a berth having won the Golden Mile that offered ballot-free entry into the Devonport Cup and yesterday on his home track Gea Force won the other ballot-free race the Sheffield Cup.

Gea Force squeezed his way into the field as an emergency with comeback jockey Paul Sarlo securing the ride only hours before the race.

Sarlo had Gea Force settled back in the field, which was out of character for the horse as he usually makes play kin front.

But with so much other natural speed in the race Sarlo was bale to get his charge to settle just beyond midfield.

When he called on Gea Force to sprint the gelding grabbed the bit and set sail after the leaders and cruised past them in the straight.

Ganderton said he regards Catwen Boy as his best chance of winning the North-West Coast’s biggest race and that yesterday’s outing was Gea Force’s grand final.

This was only Sarlo’s third meeting back and he said it was just reward for all the hard work he has put in since returning to the saddle.

Sarlo was out of the saddle for four years, during which time he went into partnership with some friends who bought a pizza shop at Wantirna, a suburb of Melbourne.

But the call of racing was too strong so he answered a call from Longford trainer Peter Luttrell for whom he rides regular trackwork.