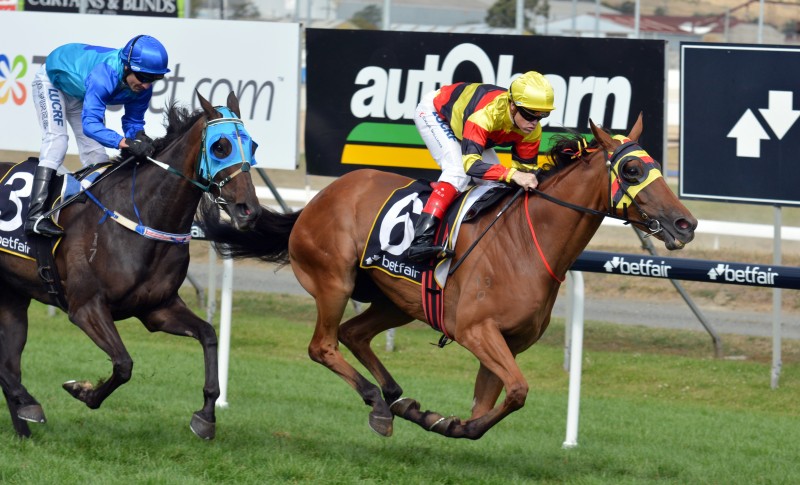 With Victorian based jockey Craig Williams aboard, the Ladoni gelding travelled well just off the pace to the home turn where he took the inside run when the leader Ollie’s Gold shifted off the fence turning for home.

Geegees Blackflash and Banca Mo emerged to issue their challenges and the trio settled down to a test of staying ability over the final 200 metres with Genuine Lad emerging triumphant over Banca Mo with Geegees Blackflash a courageous third carrying a massive 60.5 kilograms.

Ryan set Genuine Lad for the race last year and to see his gallant four-year-old emerge victorious forced tears to his eyes.

“This is magnificent – what a tough horse he is,” Ryan said.

The trainer had booked Williams for the ride in an attempt to gauge whether or not he should venture across the water with the young stayer and Williams gave him a glowing report.

“This horse is the real deal and is very tough. It took a lot of riding to get him home today but he is young and still learning,” Williams said.

“I’d head him to the Adelaide Cup,” he said.

Connections would have to pay a late nomination fee to get into the Adelaide Cup but it will depend on how the horse emerges from today’s race as to whether or not to travel him interstate.

Banca Mo was the medium of a late betting plunge that saw him take over as favourite ($3.10) close to race start time ahead of Genuine Lad ($3.40) and Geegees Blackflash ($6.50).

The trio filled the first three placings in the Betfair Hobart Cup.

Listen to what trainer Bill Ryan had to say about Genuine Lad’s Launceston Cup win.