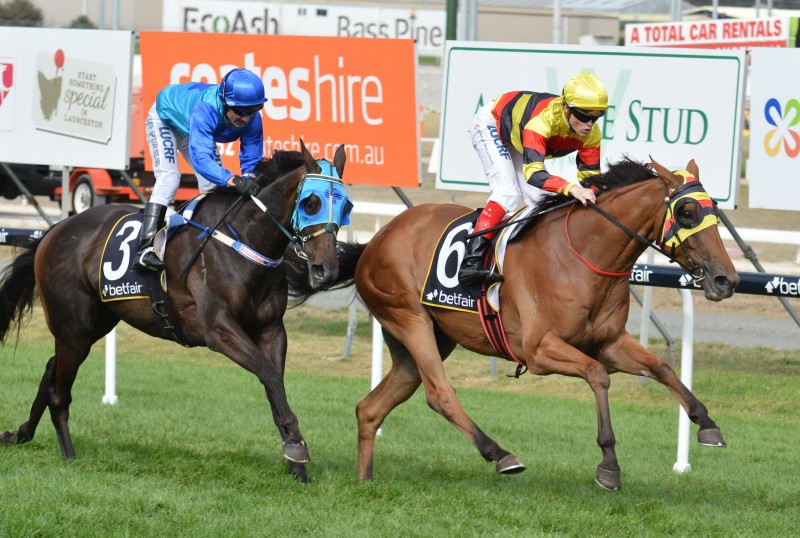 LAUNCESTON Cup winner Genuine Lad will have his final hit-out before embarking on his quest to win the Listed Mornington Cup (2400m) next week when he steps out in an open handicap over 2100 metres at The TOTE Racing Centre tonight.

Genuine Lad’s trainer Bill Ryan was adamant the four-year-old gelding needed a run before he takes on what promises to be a top field in the Mornington Cup which is why he had to accept for tonight’s race despite his sable having to lug 62.5 kilograms.

Genuine Lad will be vulnerable with that weight but Ryan had no other option.

He took Genuine Lad to the races in Launceston last Wednesday night to have a solo gallop on he grass and he was pleased with the work the gelding did but he admitted there is nothing like a race to prepare a horse for a main mission.

Another star Tasmanian stayer Banca Mo, from the Scott Brunton stable, is also to line up in he Mornington Cup and he comes off a second to Genuine Lad in the Group 3 Launceston Cup (2400m) last month.

Banca Mo is expected to gallop on the grass in between races tonight, much the same as Genuine Lad did last week.

Brunton will saddle up Payteevee in tonight’s open handicap and the gelding should be ready to run a big race.

Connections have been waiting to get him out to a suitable trip and the Cairns Cup winner should be ready to do his best.