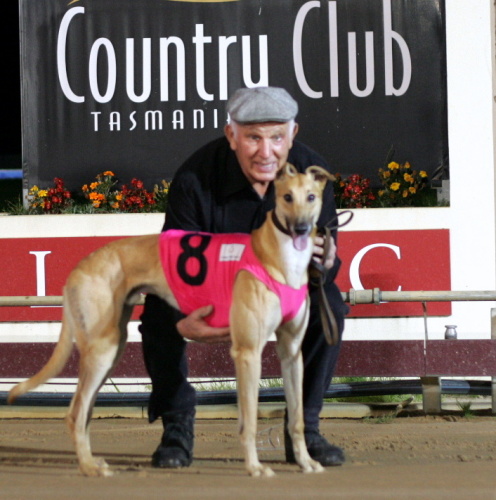 Casso Mac George (Pure Octane-Mikayla O’Mac) went into the race with three wins from his only six starts, all of which had been on the Devonport track.

He started from box eight and flew the lids to lead comfortably at the first turn.

He sped clear down the back and went on to defeat Miss Glory by a comfortable margin with Hellyeah Jacko a close-up third.

Casso Mac George covered the 515 metres in a slick 29.90s which was a brilliant effort for his first try on the circuit.

He is trained by Doug Cassidy at Newnham and owned in partnership by the trainer, his son John Cassidy and Shane McMahon.