George takes mishaps in his stride 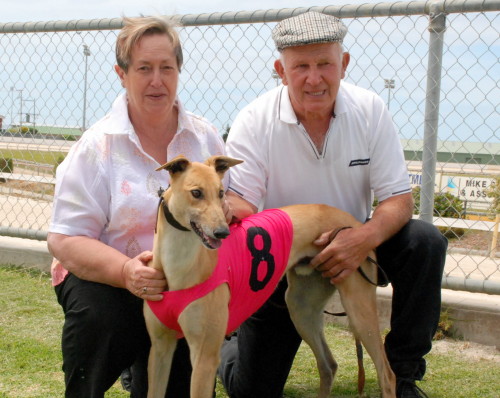 CASSO Mac George has always been regarded as a talented chaser but some mishaps have probably prevented him from realising his full potential.

After his latest win at Devonport where he outgunned a strong field in an invitation race over 452 metres, owners Doug and Pam Cassidy revealed the latest mishap to befall the son of Pure Octane.

“This dog has had a few mishaps and the latest was about four weeks ago when he somehow disjointed his tail,” trainer Doug Cassidy said.

“I went to get him out of his kennel; and when he walked out his tail was crooked and disjointed.”.

“It hasn’t bothered him racing but it needs to be taped perfectly for him to race at his best,” he said.

At his latest outing Casso Mac George made the most of his wide draw (8) to race handy to the lead to the home turn.

Once balanced up he outgunned his rivals scoring by 2-1/2 lengths from Posh Gem with race leader Callamac Blaze almost a length away third.

Casso Mac George has started 33 times for 10 wins and 12 minor placings making him one of the most consistent dogs going around.