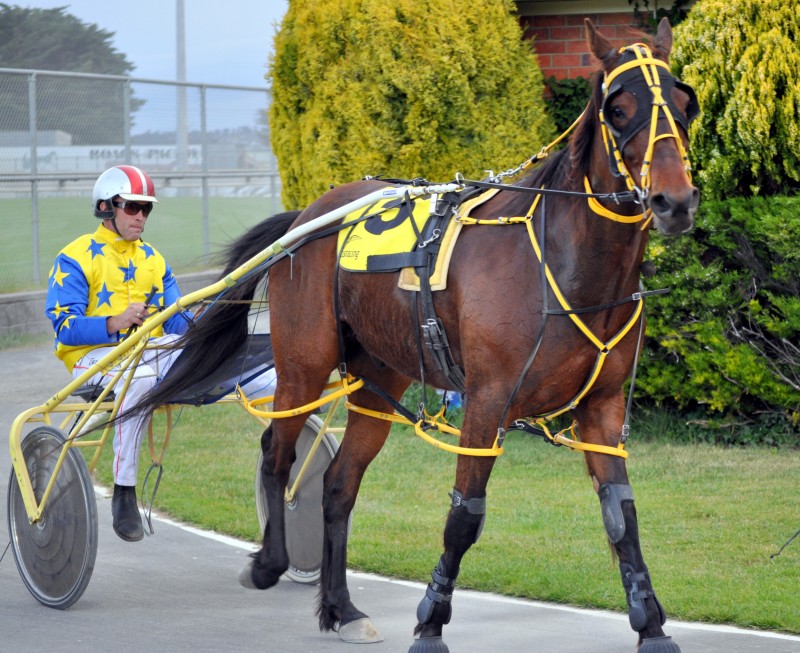 Willbe Doc was returning from a short spell in the Mustad Australia Stakes over 1680 metres and while almost friendless in the betting ($16) he powered home to defeat race leader Original Art ($7) by 1-1/2 metres with Notimetothink over four metres away third.

The six-year-old gelding clocked a mile rate of 1:58.9 which pleased his trainer.

“He’s always been a consistent horse – not quite top class but a good money-spinner.”

“He is a class four horse now and that qualifies him to run in the Burnie Cup which is a race I’ve always wanted to win,” he said.

Willbe Doc was well driven by Troy Hillier who sat back and waited until the right time to release the rains and when he did the gelding responded magnificently.

Willbe Doc has recorded eight wins and 23 minor placings from his 49 starts which is testament to his consistency.