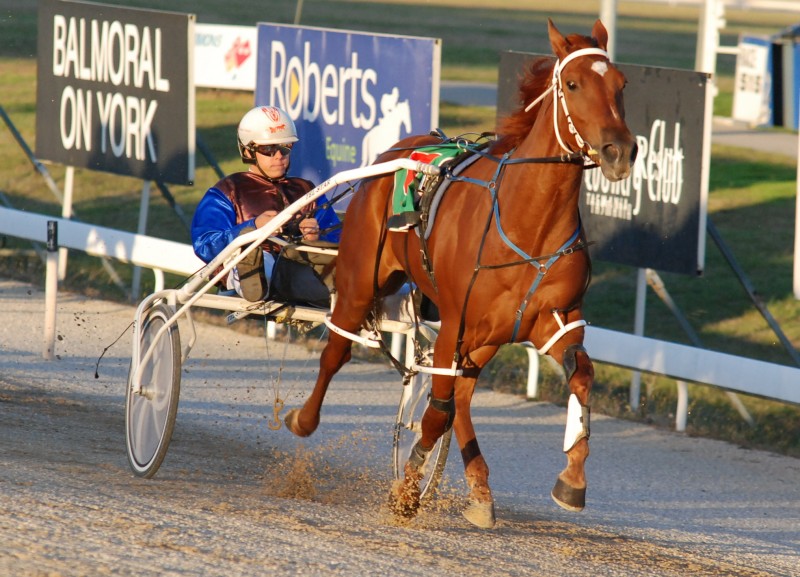 TALENTED Victorian owned and trained three-year-old pacer Ginger Bliss tuned up for next week’s Tasmanian Derby with an effortless win in the Neil Pitt’s Pace (C2) over 2200 metres in Launceston tonight.

Ginger Bliss, trained by John “Bulldog” Nicholson,  showed blistering gate speed to easily lead from an outside barrier and once in front, driver Rhys Nicholson allowed the gelded son of Blissfull Hall to record slick quarters.

When he gave him more rein leaving the back straight the last time the gelding strolled clear and went to the line untouched to score by almost five metres from Riverboat Jasper with Hilda Su, that trailed the leader throughout, almost five metres away third.

The Tasmanian Derby will be run in Hobart at Tattersall’s Park next Sunday night.

Listen to what Rhys Nicholson had to say about Ginger Moss’ latest win – CLICK HERE.