Gittus ends season on a high 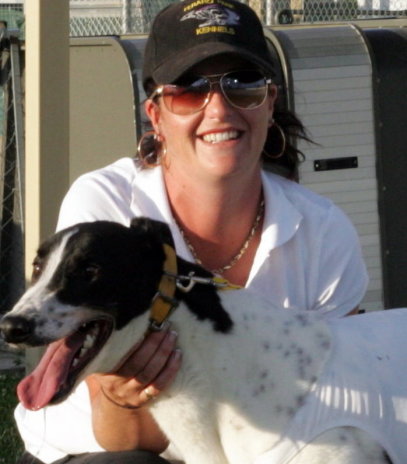 TALENTED trainer Susan Gittus ended the 2011 season on a high with four winners for the week.

Gittus snared a treble in Launceston last Monday week and in Hobart last Thursday night her promising bitch Willow Sage led all the way to easily account for her rivals in a grade five over 461 metres.

In Launceston she owned the first part of the program training three consecutive winners from races two to four.

Feraro Dreams delivered the goods over the short course (298m) defeating Madision Beach and Bubble Gump and in the following race over the same journey his litter brother Feraro Karma (Where’s Pedro-Feraro Jet) made light of the task to score by a length from Shirley’s Joy.

Feraro Dreams has won two and been placed as many times from six starts while Feraro Karma has a win and three placings from five starts.

Mythical Flyer delivered the goods in a mixed grades four and five over 600 metres to give Gittus her treble.

It was Mythical Flyer’s 13th career win from 70 starts.

Feraro Dreams and Feraro Karma were bred by Gittus at her Feraro Park training-breeding complex at Brighton, just north of Hobart.