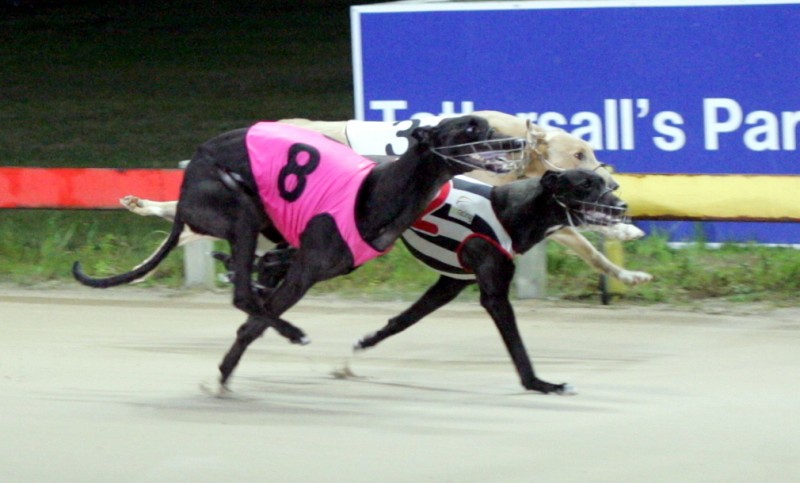 LIGHTLY raced pup Gladis Grice wasn’t too clever when she first ventured to the races but in the space of 10 days she notched two wins and now looks set for a reasonably bright future.

After three modest efforts the Margaret Rossendell-trained bitch opened her winning account in Launceston in a juvenile over 515 metres on August 11 and last Thursday night she was successful again in a juvenile in Hobart over 461 metres.

At this latest outing she began fairly from box two but mustered speed quickly to be vying for the lead with Elite Enfield to the top turn.

Elite Enfield refused to wilt and it took Gladis Grice almost the length of the home straight to gain a margin.

But just when she was being hailed a clear winner Antivist (8) arrived on the scene from nowhere to force the judge to call for a developed print.

The verdict went the way of Gladis Grice but only just.

Gladis Grice (Ninja Jamie-Wine Vapour) was bred by Steve O’Brien and the litter comprised eight pups but so far only three have been named.

Tahitian Cross and Tahitian Digger are owned by O’Brien but Gladis Grace was sold to Amanda Grice.