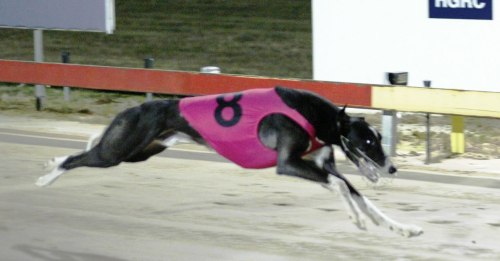 1. Fund regional breast care nurses, of which there are now 54 around Australia. It costs $350,000 to place a nurse for a minimum three-year period.

2. Teach women how to be “breast aware” in checking for signs of breast cancer.

The McGrath Foundation promotes its health messages through various fun and innovative ways so that it can carry its message to as many people as possible making them a great corporate partner and willing supporter of greyhound racing. Originally launched in Victoria for February 2010, it has been expanded and in 2011 will include Victoria, New South Wales, Western Australia and Tasmania. Each time the “Pink Dog” (Number 8) wins a Sky Channel race in February, those States will donate $500 to the McGrath Foundation.

It is expected to raise more than $130,000 overall for the promotion Australia-wide. The campaign was aimed at initially raising money for this great cause as well as teaching a new audience (of mostly females) about the sport of greyhound racing. Tasracing and the clubs are pleased to be involved with the promotion. Further details will be provided closer to the event.