Goggin becomes a Legend in Hall of Fame 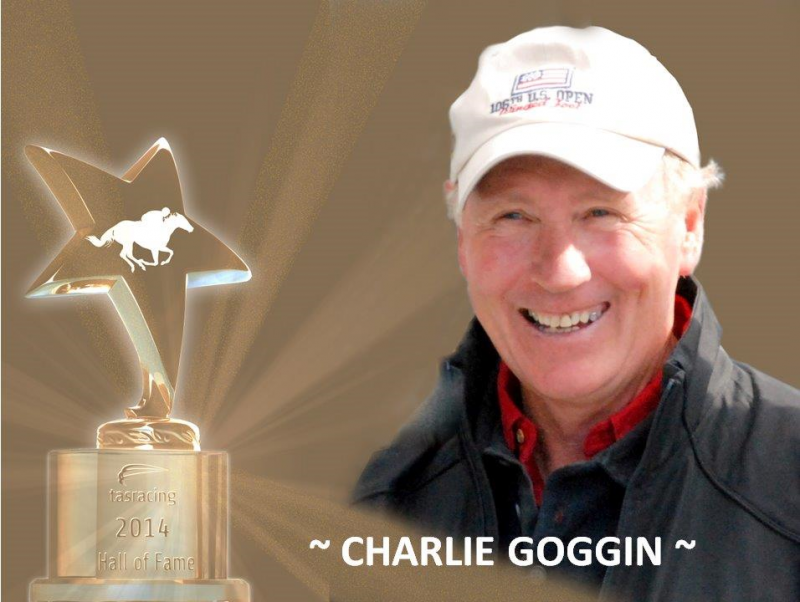 CHARLIE GOGGIN was one of the inaugural inductees into the Tasmanian Thoroughbred Racing Hall of Fame in 2005, a place earned because of his impeccable record as a trainer.

At the annual thoroughbred awards night at Wrest Point last night Charlie was upgraded to Legend status, an honor deserved given his impeccable training record and list o achievements since he first entered the industry in the late1980s.

Charlie won his first Tasmanian trainer’s premiership in 1991-92 and proceeded to win seven of the next eight premierships.

Over the years Goggin has excelled as a trainer not only in Tasmania but interstate and overseas.

His gallant mare Sunny Lane won a Werribee Cup and went on to contest the 1997 Melbourne Cup and she also was placed in a Group race in Hong Kong while in Charlie’s care.

He prepared the outstanding filly Cafeteria that was regarded as one of the best juveniles to grace the Tasmanian turf and Conquering, a horse bred by Runnymede Stud, also won multiple Listed races in Tasmania and interstate that guaranteed the gelding a place in the Hall of Fame.

Charlie has since formed a partnership with his daughter Luella Meaburn and together they remain a force in Tasmania’s training ranks.

Charlie has won almost every feature race on the Tasmanian calendar with only the Launceston Cup and Tasmanian Derby to elude him since he started training in 1988.