Goggin upbeat about Conquering’s next assignment 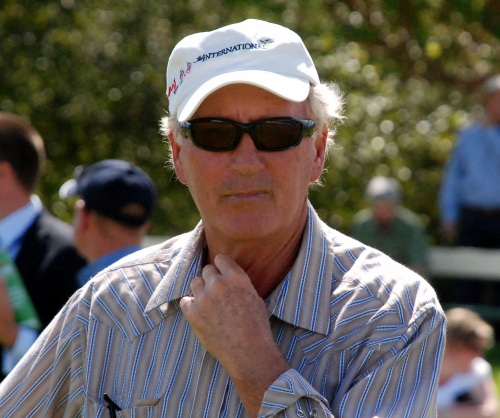 STAR Tasmanian sprinter-miler Conquering will be attempting to make it back-to-back wins when he tackles the$70,000 Geoff Torney Cup over 1600 metres at Moonee Valley on Saturday.

Conquering is fresh from his courageous win at Sandown three weeks ago in which he led and staged a courageous fight back after being clearly headed 200 metres out.

The gelding’s trainer Charlie Goggin targeted this race some time back and he says the gelding has travelled well.

“He arrived at Matthew Ellerton’s stables this morning (Wednesday) and from all reposts he has travelled really well,” Goggin said.

“I’ve put the apprentice Nathan Rose back on because he rode him well last start and he claims three kilograms so he’ll carry only 57kg.”

“That’s up a kilogram from last time but it’s a lot less than he’s been forced to carry back home here in Tassie,” he said.

Until his last-start win in Melbourne, Conquering had struggled to find the form that earned him the Tasmanian horse of the year title last season.

But Goggin persisted because he knew that if he could get the gelding in the right frame of mind there were more wins in store.

Goggin said the horse had problems with his white cell blood count and that was a constant battle but he is convinced Conquering is through that issue and hopefully he can win again on Saturday.