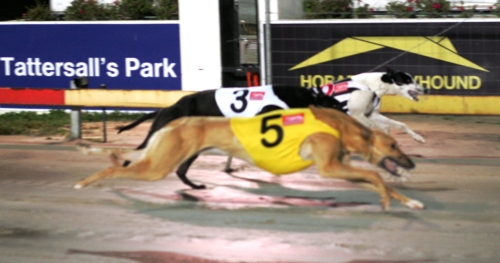 THE main focus of tonight’s greyhound meeting in Launceston will be on the two heats of the popular Gold Collar series over 515 metres.

I’m A Fencer should start a warm favourite in the first heat (race 2) given his record on the track and a liking for a wide box.

If that happens he will be the one to beat, however, Thistle Street (3) has shown pace at times and he represents the main danger along with Ren Shen that has been placed feature juvenile races.

Capable Rossi will start from box two and with his early speed he should be able to land on the lure, while Dang Shen has drawn well in box eight and will be running on hard at the business end of proceedings.

The Gary Johnson-trained Mr. Issues scored an impressive win over 580 metres at Devonport at his most recent outing last Tuesday but he will get back and need luck when it counts to be a threat.

But if the luck goes Mr. Issues’ way then he has what it takes to blow this line-up away.