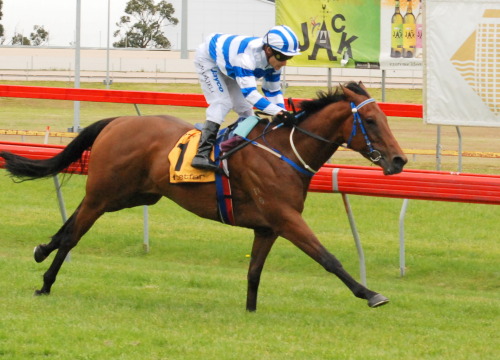 CHARLIE GOGGIN has prepared many good sprinters over the years but his best may be the four-year-old Good Boy Robert that demolished a handy class one field over 1200 metres on the Derwent track at Tattersall’s Park in Hobart last Sunday.

Good Boy Robert never reached top gear as he powered his way to a five-length win over Tough Chik and Miss Slick, recording a time of 1m.12.72s on the inside grass track.

It takes a very good galloper to reproduce that sort of performance to win a class one at his subsequent outing, especially if it is loaded with promising gallopers, as was the case last Sunday.

Good Boy Robert’s path to the racetrack was waylaid because of an attitude problem that at one stage had riders wary of jumping on his back.

The trainer’s daughter Luella Goggin, who is stable foreman at his Runnymede training complex, spent countless hours trying to get the gelding to adapt to being a racehorse and earlier this year the penny finally dropped.

Good Boy Robert is from the Hula Chief mare My Ukulele Lady that was, in Goggin’s terms, a “nut case” and therein lays the problem this horse had in making the transition from fruit loop to professional racehorse.

Listen to what trainer Charlie Goggin had to say about Good Boy Robert – click here .