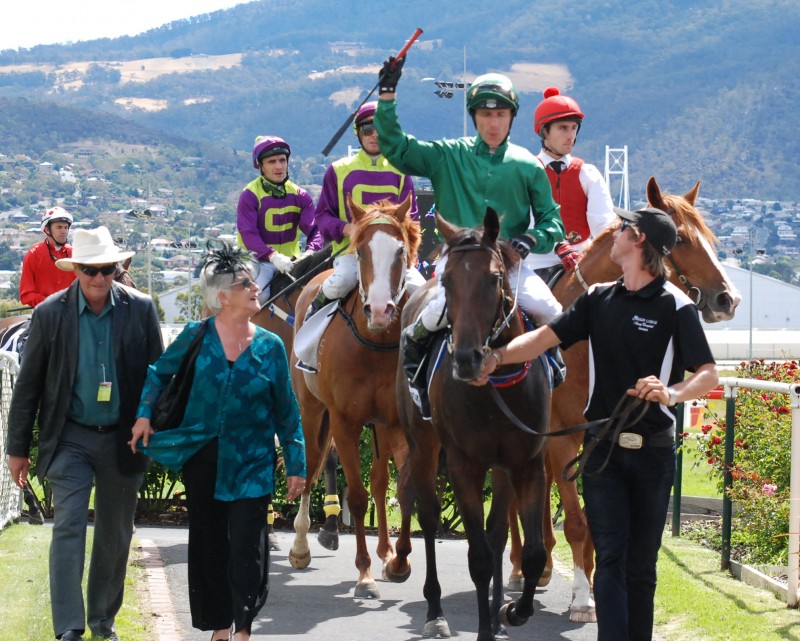 GALLANT two-year-old Grand Tycoon confirmed his status as Tasmania’s best juvenile when he powered his way to a narrow but game win in the Motors Elwick Stakes over 1100 metres at Tattersall’s Park in Hobart on Sunday.

The Barry Campbell-trained gelding kept his unbeaten record intact from five outings and reaffirmed the adage that good things to come in small packages.

Grand Tycoon was not dealt a full hand in the size department but what he lacks in height he compensates with the will to be a racehorse and good manners.

He went into the race on the back of four impressive wins of which three were in feature races and while he was sent out a short price favourite to win on Sunday his trainer Barry Campbell was ecstatic after the win.

“He is a little ripper this horse. Nothing fazes him he just gets out there and does the business – what a professional,” he said.

“This horse is so professional, he reminds me a lot of Rustia, another two-year-old I rode a few years back and she won just about everything she contested as a two-year-old,” McCoull said.

“I also have to applaud the job Barry Campbell has done with this horse.”

“He started racing in late October and to keep him at the top of his game for so long is a masterful training feat.”

“Barry manages the horse so well and that, I’m sure, is one of the secrets to his success with Grand Tycoon,” he said.

Listen to what trainer Barry Campbell had to say about Grand Tycoon’s latest win – CLICK HERE.