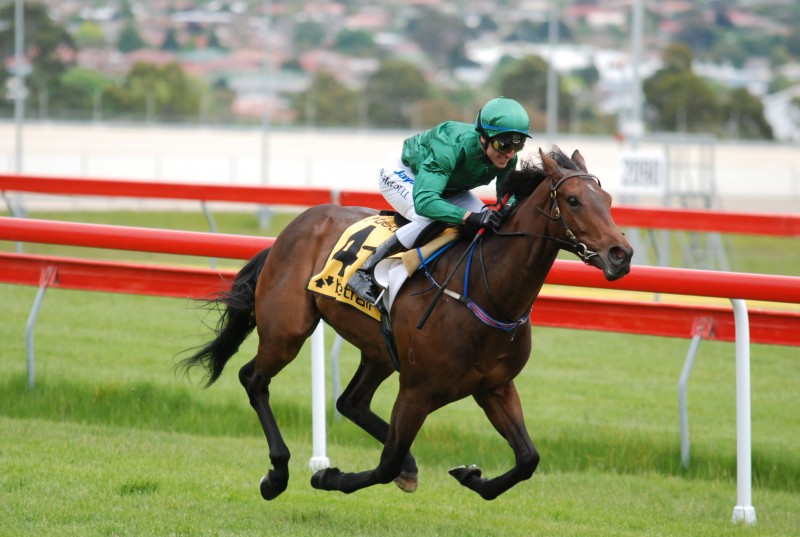 SPREYTON trainer Barry Campbell expects his star two-year-old Grand Tycoon to remain unbeaten after he contests the $30,000 Autumn 2YO Plate over 1100 metres at Tattersall’s Park in Hobart today.

Grand Tycoon has won all of his six starts with the latest being a sensational victory in the $100,000 Shaw Contracting Gold Sovereign Stakes over 1200 metres in Launceston in late February.

Campbell tipped the Written Tycoon gelding out after his Gold Sovereign win but it was only two weeks in the paddock.

“He only had a short break of about a fortnight but that’s all he required and I could not be happier with his condition going into this race on Sunday,” Campbell said.

“He put on a bit of weight when he was out and he is probably a bit stronger now so I expect him to continue on his winning way,” he said.

Grand Tycoon is no stranger to the Elwick track with two-thirds (4) of his wins on the Tattersall’s Park circuit, including the $100,000 Listed Elwick Stakes over 1100 metres prior to winning the Gold Sovereign.

Sir Joey is one from one after he scored a sensational win on debut in Hobart last Sunday.

The Royston Car-trained juvenile missed the start on debut and was nearer to last turning for home but when rider Stephen Maskiell called on the gelded son of Strada-Kats Clause for the supreme effort he hauled in the leaders and went on to win by a half-length.

Gee Gees Style has won only one of his six starts but he has been very competitive in feature races including thirds in the Elwick Stakes and Gold Sovereign Stakes.

However this is a set weights race and Grand Tycoon meets his rivals on equal terms with all three of the above mentioned to carry 57kg.

The Terry Evans-trained Tazevedo is facing the starter for the first time but his trial win last Tuesday was impressive and he could sneak into a place if he can handle the pressure that race day brings.

For Peter Staples’ tips for the eight-race card – CLICK HERE.