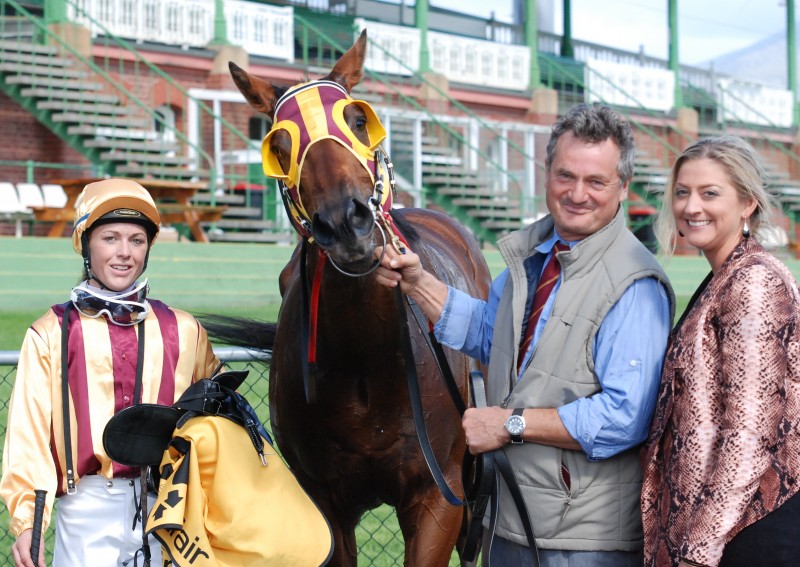 TASMANIAN sheep farmer Edwin Batt, who spent 23 years as a solicitor-barrister and county magistrate, celebrated his first win as a trainer when Grandarci led all the way to win a maiden at Tattersall’s Park in Hobart today.

Batt returned to Tasmania in June last year to help with the running of the family sheep farm at Melton-Mowbray in the Midlands.

But having had success as an part-time owner-trainer of jumpers for nearly two decades in Melbourne he went out and brought Grandarci at a going horse sale in Sydney in September last year.

Today Grandarci delivered the goods in grand style and it was the first of four winners for Carr.

Listen to what owner-trainer Edwin Batt had to say about Grandarci and his venture back to Tasmania – CLICK HERE.