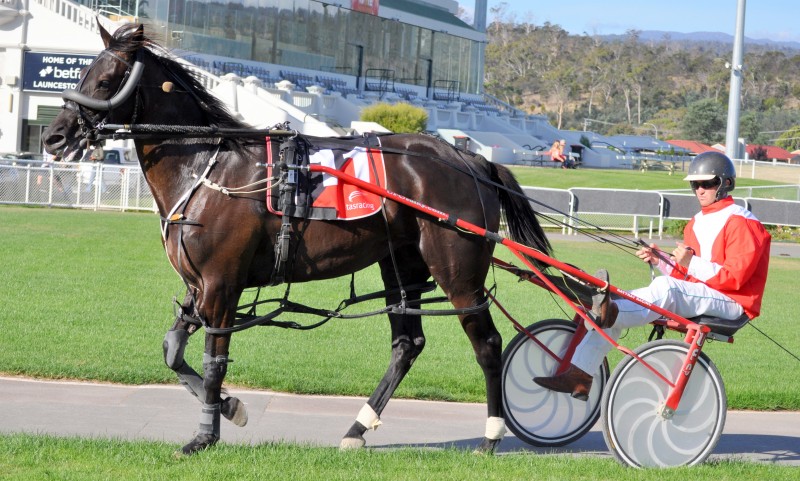 WELL bred three-year-old harness racing filly Fuscienne has a lot to live up to if she is to follow in the footsteps of some of her better performed relations but in Launceston on Sunday night she took the first step towards living up to expectations.

Fuscienne (Major In Art-Gorse Bush) won at her fourth outing and while her trainer Barrie Rattray is not expecting her to achieve the feats of her half-brother Beautide, he does hope she can reach the heights of some of her other relations.

Fuscienne’s dam Gorse Bush has produced nine foals and all have won.

The filly performed well at her first three starts and had improved at each outing but courtesy of a sensational drive from Todd Rattray she was never going to be beaten.

The filly started at $1.70 which was a bit of a risk given she was drawn awkwardly on the second line (barrier 10) but after the field had travelled 50 metres the risk factor had been removed.

Rattray was able to guide Fuscienne into the coveted one-out-one-back position where he stayed until 400 metres from home when he eased the filly three-wide top make challenge and she quickly cruised past the leaders and went on to score by almost four metres from Origin Billy with race leader Lu Way Lord hanging on fore third a long neck away.

“She’s by Major in Art and his progeny seem to get better with age so we would expect her to improve with racing,” he said.