Greyhound trainer out for three months 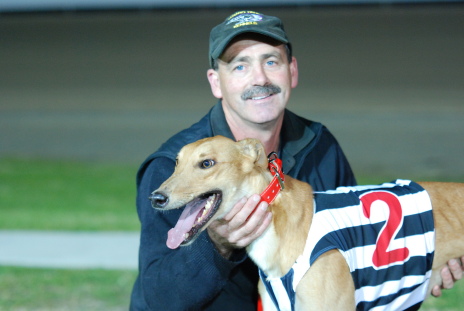 ONE of Tasmania’s top greyhound trainers Russell Watts has been disqualified as a result of one of his greyhounds Tommy Teeko returning a positive swab.

Racing Services Tasmanian Stewards last week concluded an inquiry into the circumstances surrounding a urine sample taken from Tommy Teeko at the Launceston Greyhound Racing Club on March 5, 2012, which upon analysis by Racing Analytical Services had shown the presence of the drug Boldenone and its metabolites androsta-1, 4-diene-3 and 17-dione.

After hearing submissions from Watts and considering evidence presented by Dr John Vine of RAS, stewards charged Wattswith an offence under GAR 83(2)(a) which reads: “The owner, trainer or person in charge of a greyhound nominated to compete in an event; shall present the greyhound free of any drug.

Watts entered a plea of guilty to the charge. When assessing penalty, stewards took into consideration the following –

Stewards directed, pursuant to GAR 83(4), that the greyhound Tommy Teeko be disqualified from the race he won with the amended placings as follows: