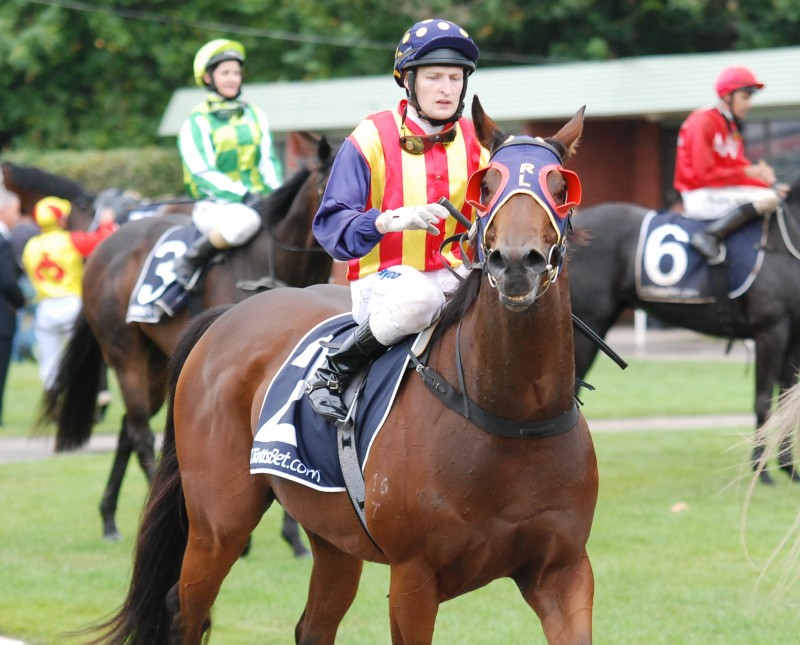 TASMANIAN-born jockey Craig Newitt showed why he has become one of Australia’s leading jockeys with a sensational ride aboard the Tony Vasil-trained Under The Eiffel in the $100,000 George Adams Plate in Launceston on Wednesday.

Under The Eiffel had not won a race since Melbourne Cup day two years ago but the gelding had shown enough improvement this preparation to warrant a trip to Tasmania to tackle the two most prestigious weight-for-age races on the calendar – the Thomas Lyons and George Adams.

he finished just off the placegetters in the Thomas Lyons but he gave his connections plenty to cheer about with an all-the-way win in the George Adams.

In soft ground that was considered unknown territory by his trainer, Under The Eiffel relished the slow 7 rated track to score an easy win over local star BancaMo with the heavily backed favourite Lord Of Brazil a distant third.

Vasil said it was probably the ride more than anything that secured the win.

“This horse has always shown us above average ability and he has often had bad luck in his races as well as some bad barrier draws,” Vasil said.

“He was pretty much unknown in today’s conditions (track) but we didn’t think there was a lot of speed in the race, so Craig made a decision to be positive and ride him forward.”

Craig took his time in getting to the front and didn’t use him up too much and then he rated him well – it was a tremendous ride,” he said.

He proved beyond doubt he is up to top class and connections are more than likely to revisit plans for another interstate campaign.