Hailed stirs up emotions after win at Tattersall’s Park 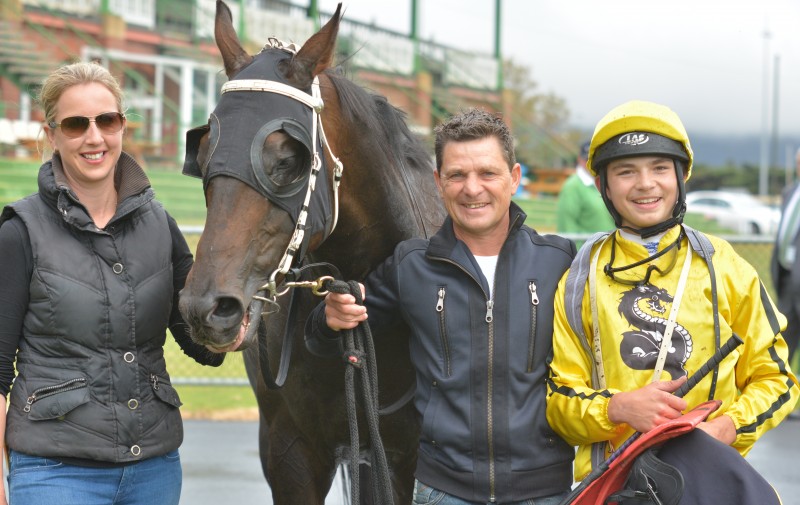 WHEN six-year-old gelding Hailed powered home to score an impressive win in a Benchmark 82 handicap over 1400 metres in Hobart last Sunday the post-race celebrations were filled with emotion.

Hailed had not won since victorious in Hobart in May last year so the overdue win was met with tears of joy by his owner Yasmin Maskiell and it was just as special for her husband, Tasmanian Racing Hall of Fame jockey Stephen Maskiell

But what capped the win was that the gelded son of Carry The Flag was ridden by Stephen’s son Kyle Maskiell and it was the first of four consecutive winners on the day for the 15-year-old apprentice.

It was a masterful ride from the talented teenager who has wanted to be a jockey since the day he first sat on a horse aged six.

He had Hailed settled near last in the small field of six and when he eased him three-wide on the home turn to challenge the gelding knuckled down to his task.

Hailed out plugged his rivals to the line to score in the last stride from Geegees Velvet with The Producer a close-up third.

As Yasmin tried to hold back the tears she expressed how much the horse had meant to her and Stephen.

Listen to what Yasmin Maskiell had to say about Hailed’s overdue win.