Half mission complete for interstate invader 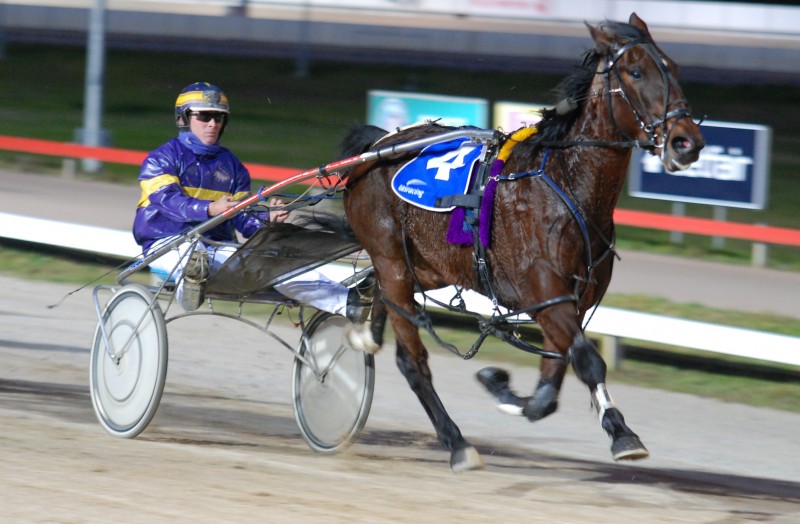 VICTORIAN pacer Fon Ess Kay completed half of his Tasmanian mission at Tattersall’s Park in Hobart last night when he scored a game win in the Back In Motion Pace over 2090 metres.

Fon Ess Kay has only been in the care of Tasmanian trainer Rohan Hillier for about two weeks and in that time he was a first-up fourth in Hobart only a day after he arrived by boat followed by his win last night.

The horse hails from the Adam Kelly stable in Victoria but the three-year-old gelding hade done no more than a few trials.

“I had my mare Nola Mayhem staying at Adam’s (Kelly) stables and while I was there he suggested that he might send this horse to me to try and win his two three-year-old races because he is Tasmanian bred,” Hillier said.

“The horse was nominated for a race in Hobart and arrived the day before the race on July 20.”

“Because he is Tasbred he qualifies for two bonuses for winning his first two three-year-old races so that’s why he’s here.”

“We are halfway there but I’m not sure about winning another one because there are only three meetings of the season left,” he said.

Conduct rolled across from gate six to lead.

When the pace slackened Hillier sent his charge around the field and when the leader’s driver Rod Ashwood was happy to hand Fon Ess Kay rolled to the front.

Once on top Hillier set a leisurely tempo and when he called on the gelding for the big effort in the home straight he forged clear and hit the line over three metres clear of Strange Conduct with Aboycalledsu hanging on for third after circumnavigating the field midrace to race outside of the eventual winner.