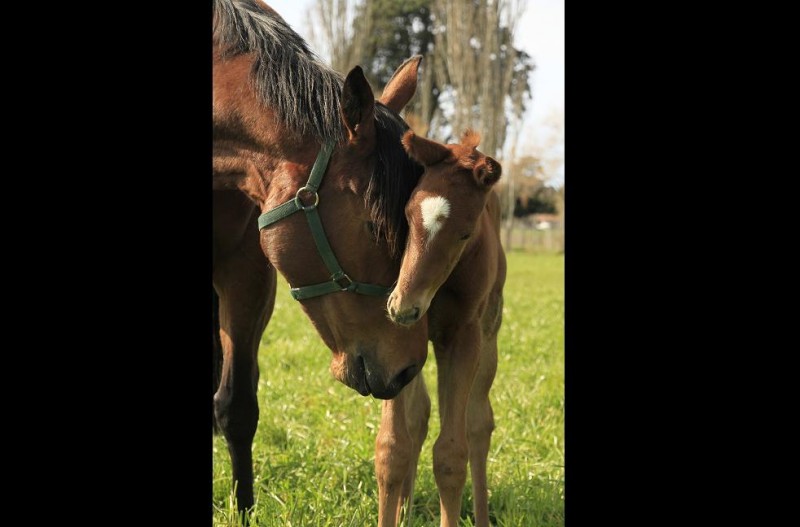 Hallowed Crown and Needs Further are from the Golden Slipper runner-up Crowned Glory (Danehill) who during a short racing career showed that she was blessed with plenty of natural talent.

A winner at her two-year-old debut at Mornington, Crowned Glory progressed quickly through the classes, stakes placed at her second outing before third up winning the Bloodhorse Breeders’ Stakes (Gr 3, 1200m) at Flemington in March 2000.

Heading to Sydney, she was fourth in Belle du Jour’s (Dehere) Reisling Slipper Trial (Gr 2, 1200m) before a gallant second to that same filly in an especially memorable running of the Golden Slipper Stakes (Gr 1, 1200m).

Crowned Glory produced three winners from her first four foals but it was not until her fifth foal that she was represented by black-type when Needs Further won the Group 3 Carbine Club Stakes at Randwick. In winning the Carbine Club Stakes, Needs Further defeated subsequent dual Group 1 winner Happy Trials (Emirates and Underwood Stakes) Group 1 winner Shadows In The Sun (South Australia Derby) and Group 3 winner Divorces

Needs Further now stands at Armidale Stud in Tasmania at $3,300, where he has been well supported by not only local mares but also by those on the mainland, the depth of his pedigree well appreciated.

Need Further has already on the ground cracking fillies out of Gehenna (Two Year old of the Year and dam of Melbourne winner Happy As Hell) and the stakes placed Buzzing Along (pictured above), who was second  behind the queen of Tasmanian racing Lady Lynette in the 2012 Listed Vamos stakes.