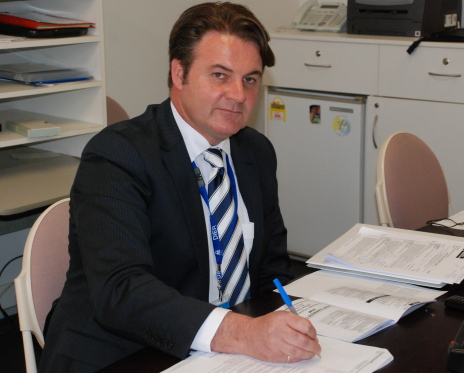 Mr O’Connell has been in the role of Chairman of Stewards, Harness Racing, for the past 15 months.

“Anthony has an extensive background in the thoroughbred code,” Murray said.

“He has done an excellent job since being appointed as the Harness Chairman, but he is now keen to further his career in the thoroughbred code.”

“This of course creates a further vacancy and recruitment action for a new Harness Chairman will commence immediately,” he said.

O’Connell has made an impact since joining the Tasmanian stewards’ panel in 2011.

“It was a difficult decision to move back to the thoroughbred code,” O’Connell said.

“I have enjoyed working with the harness participants and I am sure with the cross coding that exists in Tasmania I will still be able to continue to work some harness race meetings,” he said.

Hadley, who has been chairman of stewards in Tasmania for a decade, will depart his position on November 23 and will be attempting to further his career as a part of the Victorian stewards panel.

O’Connell will commence as Thoroughbred Chairman of Stewards November 26.