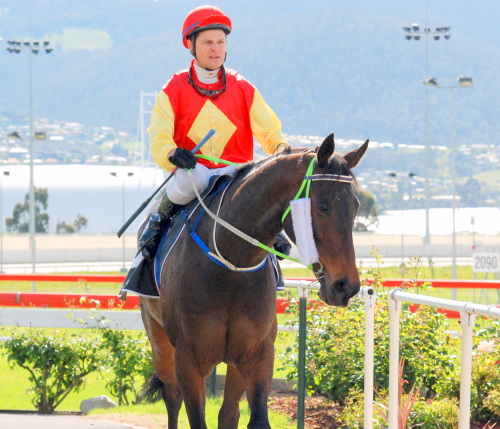 THE return to form of veteran sprinter Heartbreak Kid in a benchmark 78 handicap over 1400m at Tattersall’s Park in Hobart on Sunday came as no surprise to trainer John Luttrell.

Despite racing on a firm track that has not been the gelding’s preferred surface over the years, Heartbreak Kid (Steel Heart-La Caprice) grabbed victory in the last few strides over Maximus Meridius and Ebbing

Heartbreak Kid had not won for over a year.

The gelding settled last in the field of nine and jockey Stephen Maskiell allowed the eight-year-old to creep into the race from the 600-metre mark.

Turning for home race leader Ebbing shrugged off his rivals but was challenged strongly by Heartbreak Kid and Maximus Meridius 200 metres from home.

They settled down to a three-horse war and only a half-neck and a half-head separated the trio on the line.

Listen to what trainer John Luttrell had to say about Heartbreak Kid’s latest win .