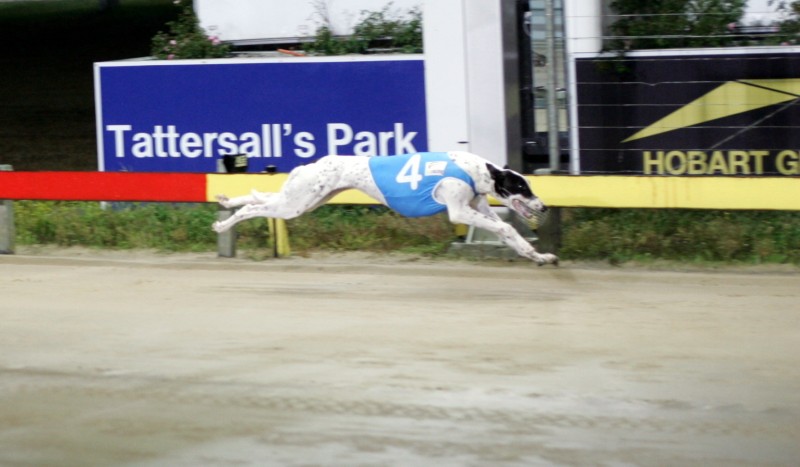 HELLO KNOCKA has slowly been making his way through the grades but his performance to win a grade five over 461 metres in Hobart last week suggests he could be ready to go to the next level.

Hello Knocka was pitted against a strong field including long odds-on favourite Nooee’s Lad that had won his two previous starts at Devonport in slick times.

Nooee’s Lad had the inside box while Hello Knocka wore the white vest.

Hello Knocka began well from box three while Nooee’s Lad began tardily and that proved to be a telling factor in outcome.

Once on the lure Hello Knocka strode clear and went on to win comfortably from Nooee’s Lad with Draft Pick third.

The David Polley-trained son of Knocka Norris had a break after being placed in open company in Hobart in January and this was his second start since the spell.

Polley has always been confident the dog would make it to Invitation grade and his time of 26.23 at this latest outing suggests he is capable of achieving that goal.

Hello Knocka has won five of his 15 starts so his 33% winning strike rate is testament to his ability.