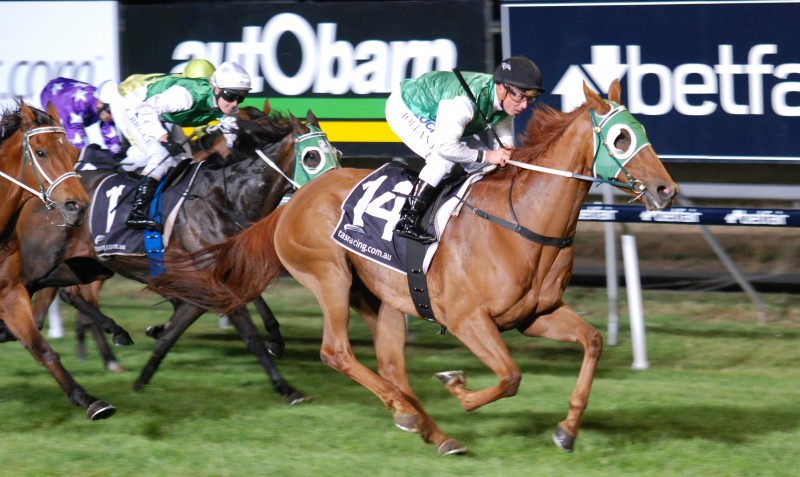 PREMIER Tasmanian trainer Scott Brunton celebrated the biggest wins of his career when his rising star Hellova Street scored an emphatic win in the $100,000 Newmarket Handicap over 1200 metres in Launceston last night.

Brunton also saddled up the runner-up Royal Rapture and it took an outstanding effort from top mare Isibaeva to edge out Brunton’s other runner Banca Mo for third.

Hellova Street was well backed to start the $5.50 favourite in what was widely considered the most open and best Newmarket field in years.

The four-year-old gelding began well from gate seven but had to survive some buffeting as riders jostled for position over the first 200 metres.

But Victorian jockey Dean Holland was ably o find a cozy spot behind the leaders Arenzano and Snippetee Bee to the home turn.

The leaders kicked clear but when Holland called on his charge for the supreme effort Hellova Street responded magnificently and went on to score by over a length.

Brunton was speechless, literally, as a result of cheering his stable star home.

Holland said he was always going to win the race.

“This horse looked to be well placed at the weights and when I got on him in the mounting yard I could see what all the fuss was about because he looked and felt enormous,” Holland said.

“He copped a bump early and got off stride but he recovered quickly and at the half-way mark I was confident he would be in the finish.”

“But when I asked him for the big effort he just blew them away.”

“I am sure that if they take this horse to Melbourne he will win his share of races because he is a serious racehorse,” he said.

While Brunton would have been thrilled to win the Newmarket and land the quinella with Royal Rapture,  he would also have been delighted with the effort of Banca Mo that was resuming from an injury-enforced lay-off and went within a bound of finishing third.