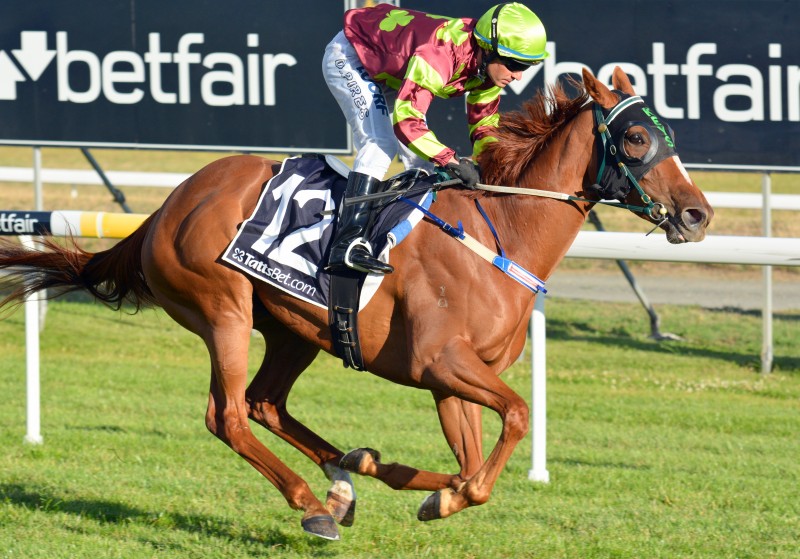 Helluce had only one start during her first race preparation for a beyond midfield result at Devonport.

She resumed from a three-month spell with an eye-catching third in Hobart on December 19, in a race won by smart three-year-old filly Rustical which paved the way for another sound effort in Launceston prior to this latest outing.

Last night the four-year-old mare began well from barrier one and rider David Pires urged her to make the most of the good draw.

She led comfortably and when Pires called on her for the big effort in the home straight she responded well and went on to score by almost three lengths from Ocean Star and Gee Gees Tell All.

“I’ve got an opinion of this mare and I think the further she goes the more she will like it,” Keys said.

Helluce was bred by the trainer’s father John Keys and the mare is a half-sister to one of John Keys’ smart race mares Clan McLeod.

Pires said the addition of blinkers proved to be a telling factor.

“She got a bit lost at her previous start but with the blinkers on she was more switched on and she got an easy lead from barrier one,” Pires said.

“I think she is a handy horse that will definitely win more races,” he said.