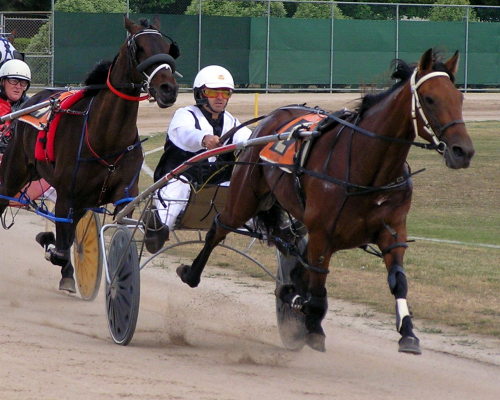 UNDERRATED mare Helvik returned to winning form with a narrow but impressive win at The TOTE Racing Centre in Launceston last night.

With Rohan Hadley in the sulky, Helvik enjoyed the coveted one-one sit for most of the race until Hadley eased three-wide 650m out to stake their claim.

The leader Ultimate Heir gained the upper hand from Mollie Finn, that had faced the breeze, but Helvik claimed both and burst clear 200 metres out.

But Hell Fire Boy, that had come from last and locked into a dead-end turning for home, gained a late split and put in a dive right on the line.

However a developed print showed he had missed by the narrowest of margins.

It was Helvik’s first win from five starts this season but she had put the writing on the wall at her previous outing when a game second to the in-form High Bromac in Hobart on November 9.

Helvik has won five and been placed as many times from 15 starts for about $25,000 in stakes so she has managed to pay her way.