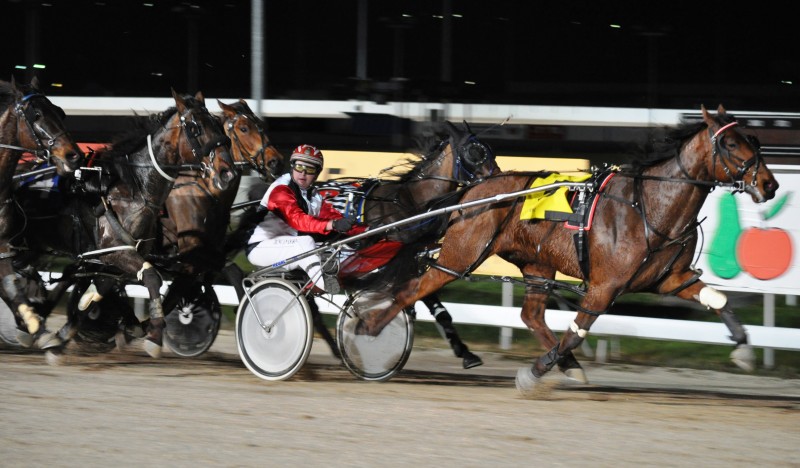 Smart pacer Hesa Prospect won his fifth race in a row at Mowbray on Sunday night – which, in itself, is not that unusual. What is unusual is that the gap between his fourth and fifth wins has been almost three years. Hesa Prospect, driven by Duncan Dornauf, was having his first start since November 2011 when he proved too strong for Billy Khan and Mailie Rosa in the Awards Dinner Stakes. Trainer Bill Dornauf explained later that the gelding’s promising career had been severely disrupted by a tendon injury.

‘‘He injured the tendon in his nearside foreleg after his last run,’’ Dornauf said.

‘‘I’ve make a couple of previous attempts to get him back but have had to pull the pin.

‘‘This time around I’ve just been following the advice of my brother Ian who probably should be credited as the trainer, not me.

‘‘He had a good horse in Melbourne come back from a similar injury.’’

Hesa Prospect won the $30,000 Dandy Patch Stakes as a two-year-old but Dornauf is not aiming too high at this stage of the horse’s comeback.

‘‘We just have to see how he pulls up now,’’ the trainer said.