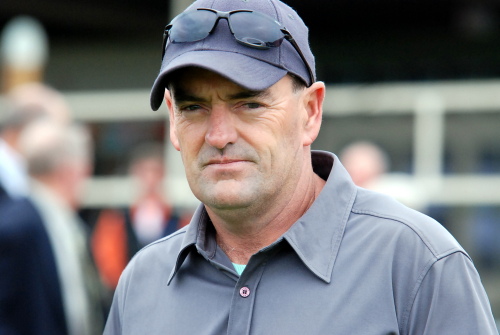 ONE of the top priced yearlings at the Easter Sale in Sydney two years ago could prove to be the Tasmanian bargain buy of the season given the way Stoika won his maiden over 1175 metres at Spreyton Park in Devonport on Sunday.

Stoika came from well back in the field to register his first win from only six career starts.

It was the gelding’s second start for Wesley Vale trainer Glen Stevenson whose clients acquired the four-year-old from a dispersal sale in Victoria about two months ago.

With Victorian fly-in jockey Cameron Quilty aboard, Stoika produced a powerful finish along the rails to go on and score by almost two lengths from Jakcorijim with Adam’s Star only a long neck away third.

Stevenson was thrilled with the win but admitted it came as a bit of a surprise.

Listen to what trainer Glenn Stevenson had to say about Stoika’s maiden win – click here .