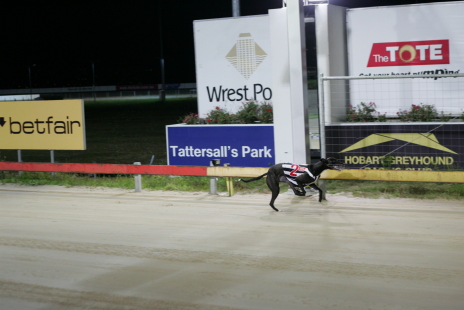 IT will be the battle of the girls tonight when Launceston Cup placegetter Posh Di takes on the queen of Tattersall’s Park Sultan’s Swing in race seven.

Posh Di has won six from sixteen here, while Sultan’s Swing has won thirteen from twenty three and at the odds of $8 prepost looks to have the edge on her classy rival.

Trained at Mangalore by Ted Medhurst this daughter of Big Daddy Cool cruised to victory two starts back running a first sectional of 5.03 and an overall time of 26.06 and a repeat of that performance would see her win again.

Beau Joker and Regent Typhoon look the next best.

Big Rumbler has won three of his five starts and looks to be improving with every run and should be followed with confidence.

Black Cheetah won from box seven on Monday so seven again tonight will be a bonus.

Droopy’s Fool and the Graeme Moate trained pair of Shanlyn Dicky and Bamm Alam will be her main opposition while Seductive Miss also enjoys running from the outside and if she finds the front early will be very hard to rundown.