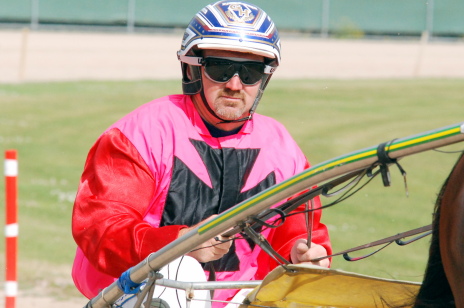 Empty Envelope produced a barnstorming finish, coming from last on the turn, to defeat the in-form Land Of Panaarm and Mister Tehaych in The TOTE Stakes over 2200 metres.

It was an outstanding performance from a horse that has risen quickly through the grades in his first preparation.

“He’s a good horse already but he’s going to be a real good horse further down the track,” Hodges said.

“You have to remember that he’s only in his first season of racing yet he’s nearly a free-for-all horse.”

“He’s won most of his races leading but I have no doubt he is better when he can come from off the speed,” he said.

Empty Envelope’s past two winds have clearly been his best but Hodges is adamant about sending him to the paddock.

“He’ll go to the paddock now – that’s him for the season,” Hodges said.

“I don’t want to go to the well too many times.”

“He can come back for some of the good races over the summer,” he said.

Hodges ended the night with a treble courtesy of wins from Alma Grant and his Easter Cup winner Kalypson Kid, which took his season tally to 59 wins.