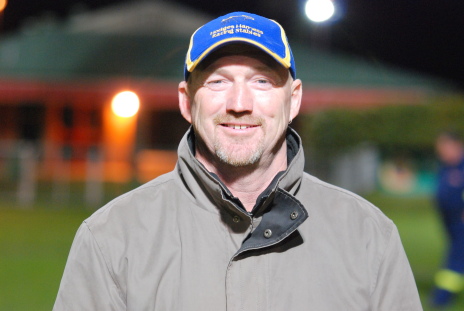 FORMER Victorian Grant Hodges is firmly established as a trainer in Tasmania and this was again confirmed when he emerged as the state’s leading trainer for the second season in succession.

Hodges prepared 78 winners, which was 10 more than last season.

“It’s been a good year. We’ve improved on last season and we have been lucky enough to win some nice races,” Hodges said.

When Hodges relocated to Tasmania and established stables at Bridport on Tasmania’s far North-East Coast he was averaging about 25 winners a season but the training environment at Bridport not only is good for the horses but also has reignited Hodges’ career.

Hodges finished the season well clear of his nearest rival Barrie Rattray who prepared 41 winners for the season to edge out Nathan Ford who trainer 39 winners.

His winners and minor placegetters earned $459,867 in stakes which is up on the previous season.

Juanita McKenzie was the state’s leading female trainer with 13 wins and as many minor placings from 60 starters for a winning strike rate of 21.6%.

Her placed starters earned almost $70,000 in stakes and she also prepared Our Chain Of Command to win a race at Menangle (NSW) in world record time (1m.55.4s) for a standing starty over 1609 metres.