Hollyheath in the pink after draw 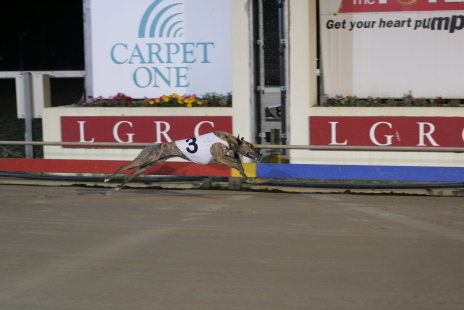 A quality field of greyhounds will face the starter in today’s WHK Classic Final at Devonport.

Hollyheath was the fastest heat winner recording 25.99 from box 8 last week and she has the draw in her favour again.

Prepared at Longford by David Crosswell, Hollyheath is a strong finisher and will again carry the pink jacket today.

Leica Turbo won his heat in 26.27 but set the best winning time of all finalists when he recorded 25.80 in April.

Linton’s Boy races well at Devonport and has run 26.02 so he is in the mix from box one.

Whitney’s Curse is in rare form at the moment having won her last three starts and she has recorded 25.90.

Ready to Rock made it three wins from his last four starts when he won his heat by seven lengths in 26.10 but has to contend with an awkward box drawing four.

The first event, the Mixed 4/5 over the 580m, sees Custodian and Miss Hetti clash again.

Last time they met Custodian beat Miss Hetti by 1 1/4 lengths in 33.40 but Miss Hetti has recorded 33.28 and is capable of reversing the result.