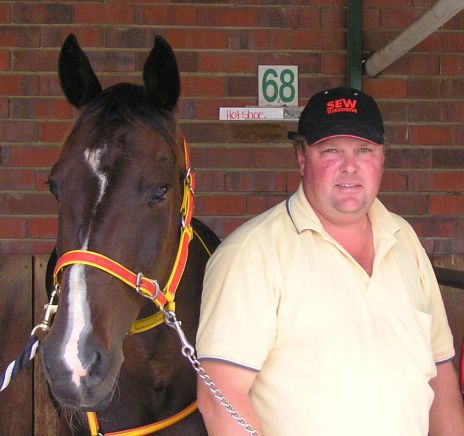 TASMANIAN based trainer Michael Laugher will be trying to end an interstate campaign on a winning note at Tabcorp Park Melton on Friday night.

Laugher has Turnpike Cruiser and his Breeders Crown Consolation winner Twilight Town entered for a $15,000 M0 race over as well as Babyitsu in a Claiming Pace.

Twilight Town was impressive in wining his Breeders Crown Consolation after being very unlucky not to have made it into the $100,000 final.

The gelding went to the line under a hold in his semi-final and was considered by most pundits to be the unluckiest runner in the race.

Nevertheless he made amends and earned enough to more than cover cots for his connections.

Turnpike Cruiser also has raced without luck but enjoyed his chare of success during the two months away.

Babyitsu was never in the hunt at his most recent outing at Melton last Sunday when tailed out to last from a wide draw and had no chance of making up ground when the winner clocked a mile rate of 1.54.8 on a solid pace.

But if he can mirror his effort from two starts back when placed at Yarra Glen he looms as an each-way hope on Friday night.

While Michael has been interstate, his wife Toni has been keeping things ticking over nicely, especially with three-year-old Tony Macarony that has notched a win and three minor lacings since Michael set off to Victoria.

Tony Macarony has won seven of his 19 starts with five minor placings so he has definitely paid his way.

Put Mback also has been performing well in Tassie notching two wins and three seconds from his past six starts.