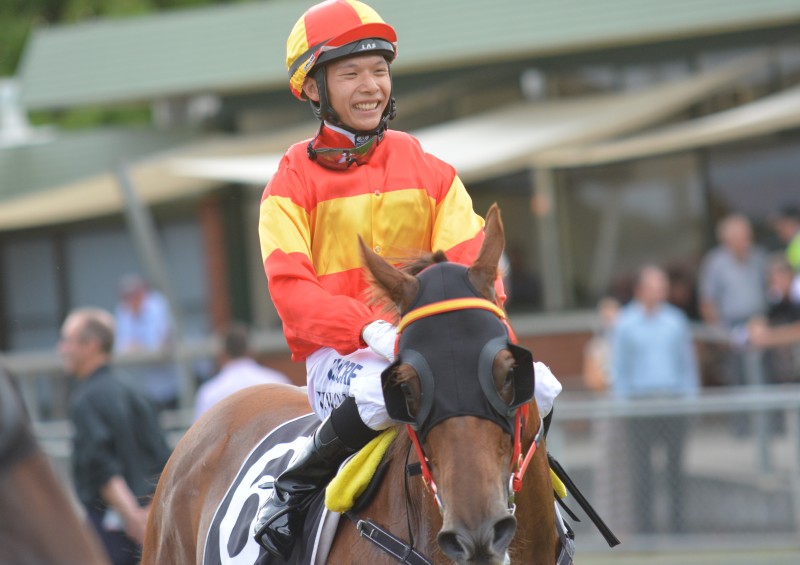 TEENAGE Hong Kong apprentice Victor Wong endured the bitter and sweet of racing all in the space of 20 minutes last week when he won his first race only to lose it in the stewards room on protest.

But at The TOTE Racing Centre in Launceston last night and aboard the same horse, What A Buzz, he reproduced the feat to secure the elusive first winner.

But again it wasn’t made easy courtesy of rider Boris Thornton on third-placed Down to the Wire fired in a protest claiming interference on the home turn had cost his horse the race.

But this time the stewards deemed there was no case to answer and Wong had finally secured his first winner.

But not content with the redeeming win on What A Buzz, he guided stablemate She’s Drahmatic to an impressive all-the-way win in the last race on the eight-event card.

It was a great way to end the night for the likable Wong who is two months into a two-year stint with father-son training partnership of Leon and Dean Wells.

Wong, who has a limited vocabulary in English, said he was thrilled to finally get a winner but ecstatic at riding a double, especially for his master Leon Wells.

“Victor is a very talented young rider and I have no doubt that he will be riding a lot more winners during his time here in Tasmania,” Wells said.