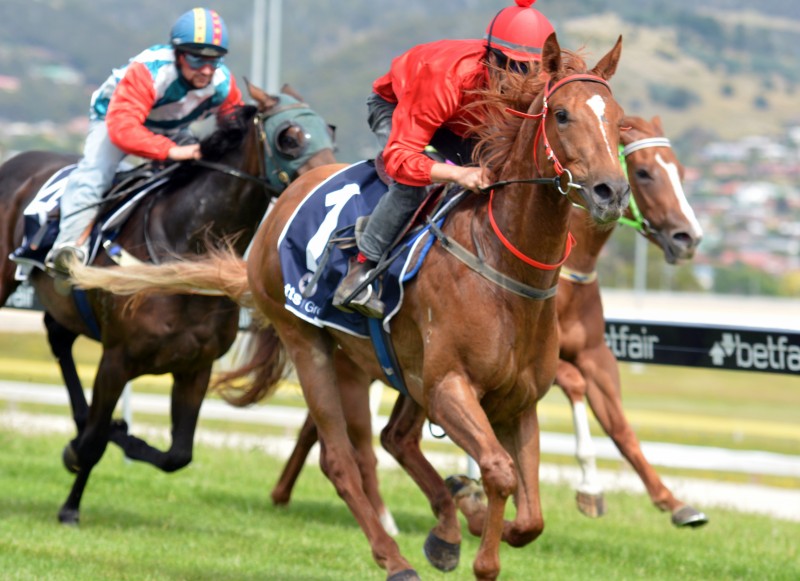 THERE are rules in place preventing jockeys from owning shares in racehorses while they are still licensed but there’s no rule to say a horse cannot be named after a jockey.

Such is the case with a two-year-old named Mac ‘N’ Muhcu that scored an impressive win in a trial over 900 metres at Tattersall’s Park in Hobart today.

Mac ‘N’ Muhcu is named after last season’s leading apprentice Bulent Muhcu who hails from Turkey but who has made a home in Tasmania with the McShane family.

Muhcu is indentured to Brendan McShane and the rider became so close to his master and his family that he is treated like an adopted son.

“Bulent is a wonderful person as well as being a very good and dedicated rider and in the time that he has been with us he has become very much a part of our family,” McShane said.

“There is every chance that Bulent will venture interstate soon to further his career so when it came to naming this horse we wanted to name it after Bulent to celebrate his relationship with he entire McShane family.”

“Mac ‘N’ Muhcu showed us a bit of ability from day one so we were hoping the horse would develop into a winner so that it would further cement the bond,” he said.

Mac ‘N’ Muhcu will make his debut in a 2YO maiden in Hobart on Sunday.

“We are hoping to get him to this race on Sunday and win because we are really hoping to run him in the $100,000 2YO Elwick Stakes on Hobart Cup day,” McShane said.

The rider considers it an honour that the McShanes wanted to name a horse in his honour.

“It is very special and hopefully the horse can do well on the racetrack,” Muhcu said.

Mac ‘N’ Muhcu performed well in his trial landing in second place and when Muhcu called on the gelded son of Matsqui he stretched out well in the home straight and went on to record an easy win over Gee Gees Vicki with the Gary White-trained Stormy Affair a close-up third.