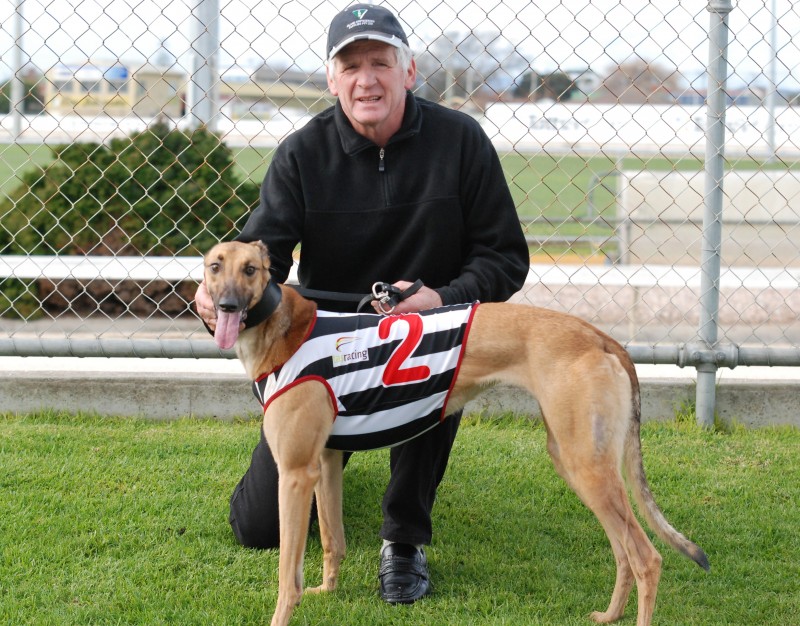 TALENTED middle distance greyhound Howzat Grace will be out to expand on her impressive record over the 600-metre trip when she steps out in a heat (Race 3) of the Mitsubishi Autumn Distance Medley at The TOTE Racing Centre in Launceston tonight.

Howzat Grace has won two of her past three starts over the journey (599m) in Hobart with a third over 600m in Launceston splitting the two wins.

She is not known for her early speed but from box one and with two moderate beginners on her outside the Neville Allison-trained bitch has the chance to race in or near the lead to the first turn.

The Ted Medhurst-trained Lillycette looms as the logical danger as she has been in good form over the 515-metre trip in Launceston, contesting a heat and final of the Group 2 Launceston Cup in which she finished second in her heat and sixth in the final after suffering interference.

Tonight she starts from box four with a vacant box on her outside and she holds the 599-metre track record in Hobart that she set in December last year.

Lillycette was a reserve for a heat of the Australian Cup at The Meadows last Saturday night but failed to gain a start.

The remaining heat (Race 4) should see Posh Renee (8) make it three wins in succession as she has been in scintillating form on the Launceston circuit wining over 515m before demolishing her opposition in a 600m juvenile-graduation on February 16.