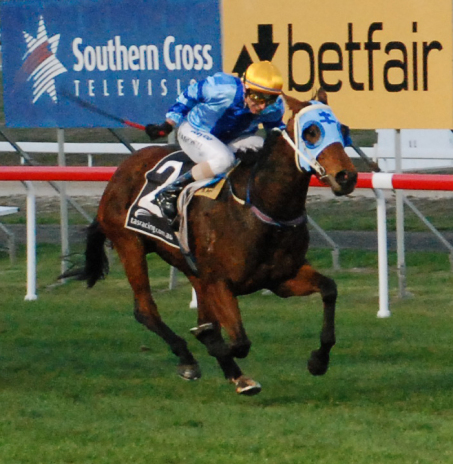 The David and Scott Brunton-trained Huon Knight will have his next start in Melbourne in the coming weeks after winning the $25,000 3YO Cup on Saturday in Launceston.

Following his impressive victory a fortnight earlier at Hobart, Huon Knight was backed into favouritism over his stablemate Galibier and jumped quickly from a wide barrier to settle off the speed.

Enduring a tough run wide throughout, the gelding urged forward rounding the home turn by McCoull to score his fourth career victory over Tough Kisses and Serpents View with stablemate Galibier an unlucky fourth.

The win rounded off a fantastic day for McCoull who recorded his fifth victory of the day.

Huon Knight has now had 7 starts for 4 wins and 2 placings which has netted connections $51,000 in prize money.

Following his Melbourne campaign Huon Knight will return home to be set for the feature sprints over the summer.